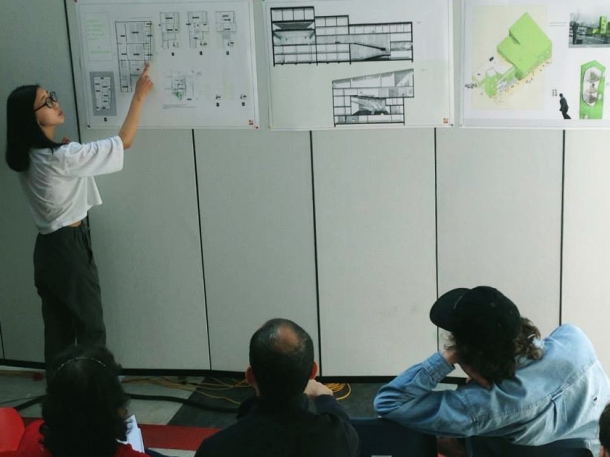 An awkward silence concluded an anonymous architecture student’s crit on Tuesday, with all three reviewers and other spectators knowing fully well their work was absolute shit.

Visiting architect Tamsin Singh was the first to break the uncomfortable silence, “You’ve used a lovely font,” she said to the oblivious student.

“They looked like they were going to cry, how could I tell them that their concept was completely cliche? Or that their design was boring and ugly as hell?” Singh later told us.

Another reviewer, Francis North, who told the student that “he had never, ever seen anything like that before,”  agreed with Singh’s sentiments. “They somehow managed to both plagiarise SANAA and produce a steaming pile of turd at the same time, which I suppose is an achievement in itself.”

The student’s tutor was the final reviewer and gave feedback that “you’ve  been very consistent with your work this semester,” though probably not in the way the now idiotically grinning student thought.

The tutor later told us that “I knew they were a lost cause from the first studio. But they just looked so fragile! There was no way I could say anything. So I just made sure they had enough toilets and fire exits.”

A polite golf clap followed the student as they sat back down, who thought their crit went “pretty well”.